We are happy to announce our first release of 2021. We focused strongly on integration aspects for this one, but there are also some very useful other goodies.

This release introduces compatibility for MacOS BigSur and for the following host application versions and render engines (bold items are new):

Head to the Software Center or the Trial page to get the new release right now.

For a detailed list of changes, check out the full release notes.

New nodes in the Function Editor: For advanced normal map creation, RGB composer & decomposer as well as a “Normal” input were added.

Real-world displacement: Following the rewritten displacement from the last release, you can now switch optionally to a displacement mode with real-world units. This mode computes the displacement differently than the “unitless” mode, as it takes the object’s scaling along each axis into account, which is especially useful for objects with scale variations which use the same material.

Additionally, more than 500 fixes and performance improvements were added across both applications.

The big features in this release are common to both VUE & PlantFactory.

The integration with Cinema4D has been completely revamped and encompasses

Find out more in the video below.

Arnold is now also supported for converting VUE assets in both Maya and 3DS Max. In the video, Patrice Paradis walks you through the integration in Maya.

You can also check out the integrations with V-Ray in Maya and Arnold in 3DS Max.

All of our products, including the PlantCatalog, can now export assets to *.usda, *.usdc and *.usdz formats. USD is becoming increasingly popular and important in the industry, as it strives to eventually become a truly universal 3D format for easy pipeline integration, thanks to its open sourced structure and efficient data streaming.

USD is developed by Pixar. More information can be found on Pixar’s USD website.

Because USD is still in development, the supported features during import and export vary by each application. As of this release, we support the following asset types:

We will add more features to the USD export as the file format itself continues to expand and support more content.

Now onto the software-specific features.

Alongside this release, we include the last batch of Cornucopia3D content. More than 300 items are added to the content browsers. 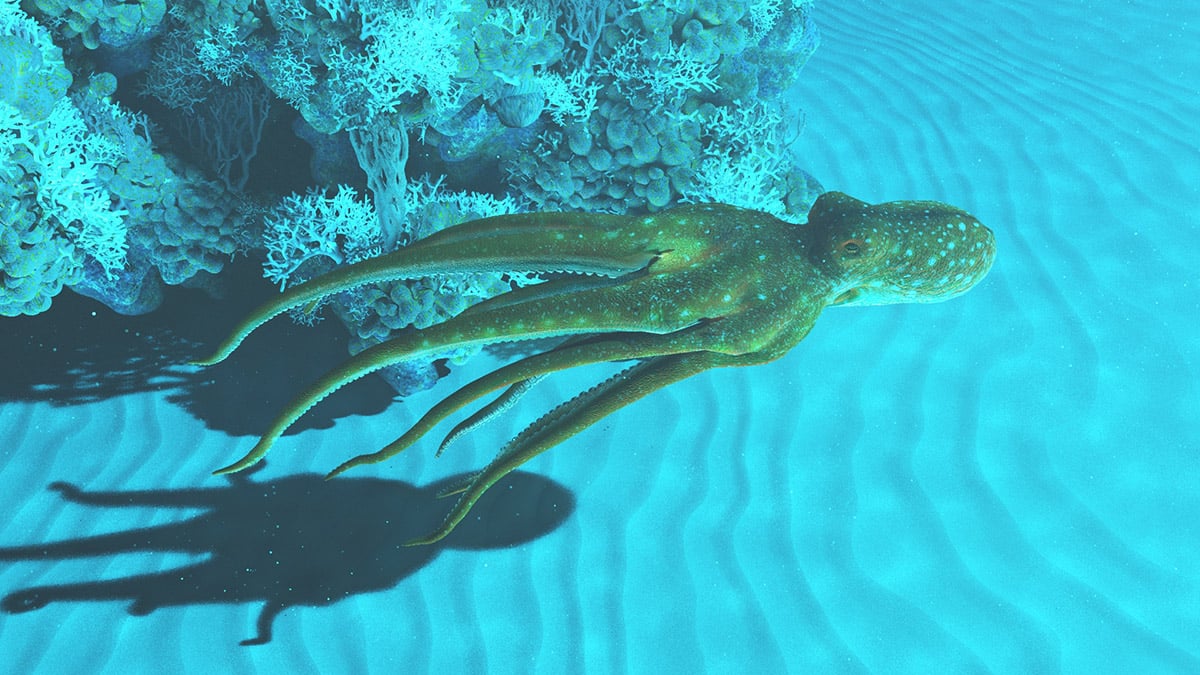 One of the new content items: a rigged octopus model

In the Function Editor, three new cloud inputs were added: Cloud starting altitude, Cloud ending altitude and Cloud height. With these nodes, you can now control material properties in clouds based on their altitude within a cloud layer or metacloud. These input nodes mark the first step towards new cloud functionalities in upcoming releases. Stay tuned for more information in the future.

In addition to USD export, the Substance GPU engine, Path Tracer improvements, the Cinema 4D plugin and the new nodes from VUE in the Function Graph, we added two new main features.

You can now create leaf clusters. A leaf cluster is a baked texture map of high-resolution geometry which can be used for deriving lightweight plants that work especially well in real-time environments.

For example, you could model a twig with needles and then bake it to a leaf cluster for generating a texture map with an alpha channel. This texture map will then be used on the final coniferous tree, as real geometry for each needle would create models with millions of polygons.

Leaf clusters support baking of Color / Diffuse channels, normal maps, backlighting, Ambient Occlusion and highlights from up to three different perspectives. In addition, it will autogenerate a component based on the leaf node with one, two or three crossed planes, which can be loaded immediately from the content browser as a ready-to-go-asset.

The UV unwrapping algorithms that are used when baking materials to texture maps have been rewritten and produce vastly superior results with less distortion, cleaner UV island arrangement and smarter Texel density distribution.

As before, two different unwrapping algorithms are available:

A comparison of an unwrapped section of the trunk. Specific UVs with cylindrical unwrapping are on the top right, generic UVs with polygons closer to the original shape are below.

Over the past releases, we put a strong emphasis on more and better pipeline integration features. While we will continue to expand on this continuously, we will bring new creative features to both VUE & PlantFactory this year. We are looking forward to disclosing more details as the year unfolds.

Enjoy the new release and have a great 2021!