In the Spotlight: Shaun Williams

Shaun Williams is a 3D Artist, Sci-fi Concept Artist/Animator and VR Consultant. With over 20 years of experience, Shaun specializes in designing and modeling low and high poly environments, vehicles and props with a sci-fi theme. Check out what he has to say about his experience using VUE to create his unique sci-fi style. 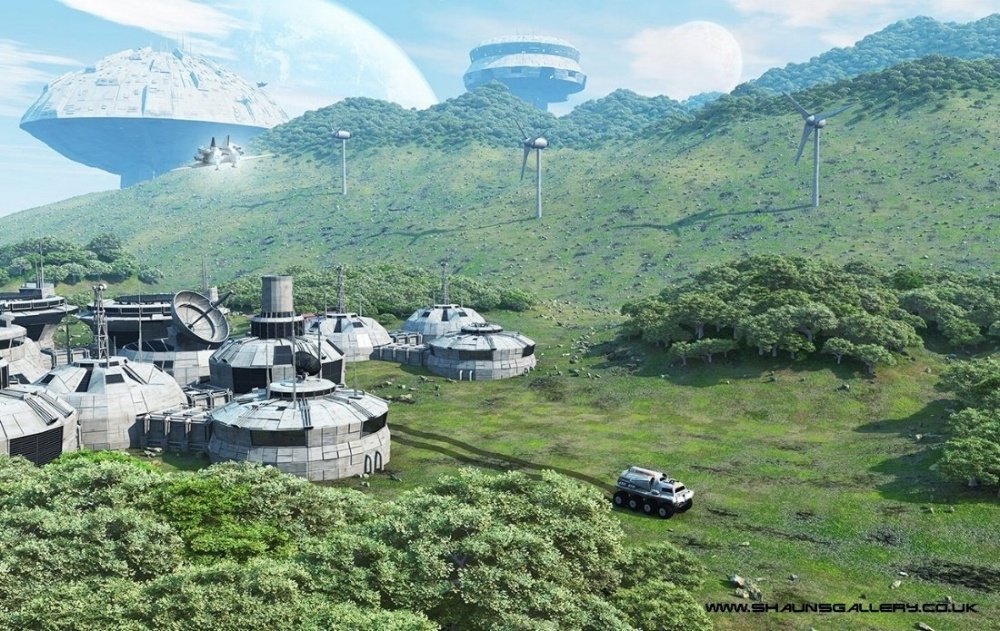 e-on: What is your background?

Shaun Williams: I started in 2D design on deluxe paint on the old Amiga in the late 80s. I started to learn 3D as it became used in the first CGI shows in the early 90’s and have been working in VUE since 2002. I have always had a passion for sci-fi and love to create and concept new sci-fi vehicles and environments.

In my 25 years of 2D and 3D design and content creation I have always favored the sci-fi genre. I have watched many sci-fi films and series that have given me inspiration over the years. I have modeled and designed over 100 spaceships and space stations over my career and have adopted my own 80’s vision of a futuristic style that’s more of a rough and realistic grimy industrial style. I have worked on games for the better part of the last decade and real-time engines with Virtual Reality (VR). I have extensive use and knowledge of the Unreal 4 engine and VR.

I have been working on game development for the last 6 years or so. This year I am focusing on freelance and working more on film and VFX. Designing space crafts were always a passion of mine, so to design a space craft that can be used in a big show is certainly one of my hopes over the coming year. 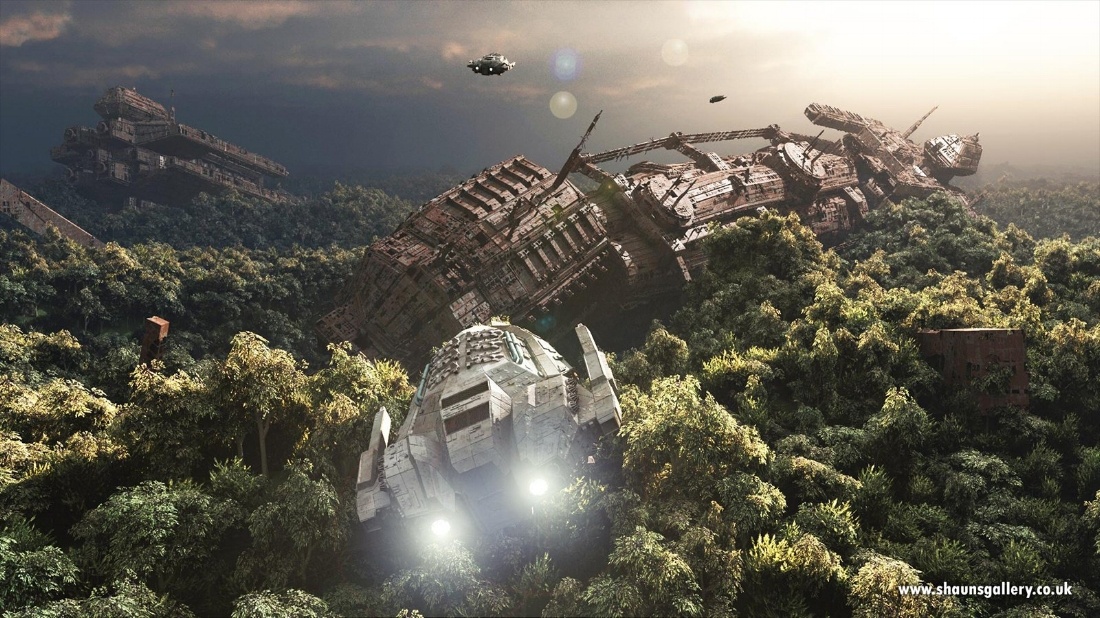 e: What is your experience with VUE?

SW: I started with VUE when I got a cover disc on an old 3D art themed magazine back in 2002. I had used VUE for many years when getting used to the workflow. I was able to create some awesome concepts when I bought VUE 8 back in 2008. I joined the Cornucopia site and posted some of my work on the gallery and released some of my models on the store. I find the rendering and lighting systems of VUE essential for some of my work today.

I have done a lot of work in VUE over the years and some of my most popular sci-fi animations were rendered in VUE. One of my favorites is the CDF Goliath Dreadnought fly by which took me almost four weeks to render in 2009. This animation was then licensed out to Warner Brothers for use in a Big Bang Theory episode, Target Earth Documentary and the trailer for CDF Ghostship and Ghostship Aftermath games. The ship and animation were designed many years ago, but this year I will be releasing some of my new works.

e: How do you organize, plan, and prioritize your work? What other software have you used?

SW: Over the years I used a variety of software, with 23 years of 3D modeling experience I have used almost everything out there. I began on Imagine 3D, Real 3D and Lightwave and then went on to Real Space, Blender, Maya and 3ds Max. I used Mudbox over the years and recently got 3D Coat which is great for BPR texturing. I also used Photoshop for many years and have used many others such as Paint Shop Pro and 2D apps for texturing, concepts and touch ups.   I always start by brainstorming and then sketch out a few rough drafts before proto-typing, Lastly, I touch up for final rendering. I am very creative and steer towards the more realistic approach for sci-fi with a rustic, used look that’s designed to function and practicality. When I design a spaceship, I design it around realism and functionality.

I have not tried PlantFactory yet, though it is on my list for this year as I get back into 3D art and animation. The standard trees and foliage are great for my needs as I mainly concentrate on out of world atmospheres and generally do not use much vegetation. I have heard great things about it from some of my friends.

e: Do you have any advice to share with your peers?

SW: Spend time mastering one aspect or genre to build on it and specialize in it. It takes time to learn 3D and different software apps so you will need to be patient as you learn and develop your skills. As an old school modeler and VUE user, it is much easier today with the massive amount of tutorials, you-tube channels and social media posts. When I started modeling in 2D design and painting, I was all self-taught. I went to university to get a BA (Hons) in game design which taught me a lot more about the gaming industry. University is always a great choice for those who have the ability and want to take it further with education and networking.

My genre is sci-fi so a lot of inspiration comes from watching sci-fi films, playing sci-fi games and watching sci-fi series. I am 42 years old now and I have seen a lot of sci-fi that has inspired me over my life such as Aliens, Babylon 5, Star Trek, Space Above and Beyond, and BSG, to mention a few. I love all sci-fi, but I base my art style on an 80’s vision of the future where there are no silky-smooth space ships and corridors, etc. An industrial feel with pipe-works, metal panels, grids, vents, etc., is my style for most of my designs and spaceship designs.

I would recommend VUE to all artists out there. It is free to try and easy to pick up and get into. It is a very powerful piece of software which can yield realistic and impressive results with ease and professionalism. I have used VUE for many years and always recommend VUE as an essential asset for any artist.

Thanks Shaun! Check out Shaun William’s portfolio at: www.shaunsgallery.co.uk

Get your copy of this spotlight, here.

Want to have your own Spotlight featured here? Share your visuals with us and you could be selected for our next Spotlight Interview!