The Most Complete Toolset for CG Environments

VUE is the only environment package on the market that includes everything you need for creating beautiful CG environments. From skies and volumetric clouds to terrains, large-scale EcoSystems, wind-swept vegetation, open water bodies, roads and rocks: everything is right there for you to use out of the box.
Setup and render your project in VUE or use the powerful integration plugins in the Professional & Enterprise versions for creating, exporting and converting entire scenes for rendering in other applications and render engines.

VUE offers an artist-friendly interface with tools designed specifically for natural environment creation. Craft materials which adapt to environmental conditions such as altitude, slope and water level, paint instances with natural distribution rules in every viewport and create EcoSystems where no two plants will look the same.
More about EcoSystems / More about Materials 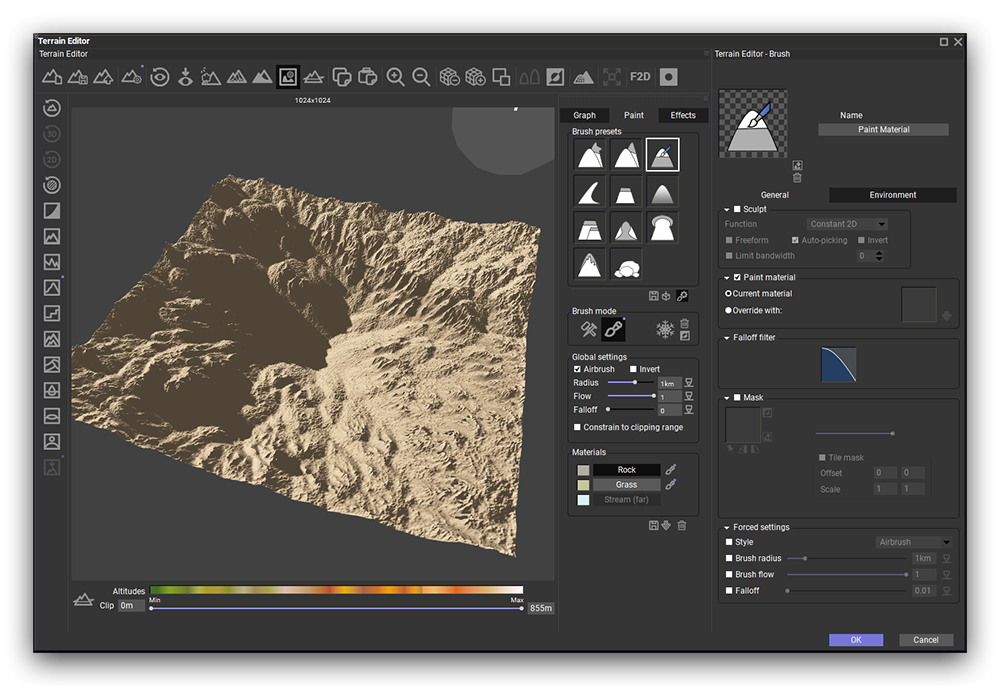 All of VUE's objects and materials are powered by nodes in the background for full control. Go beyond the capabilities of pre-built editors and optionally drive many parameters with shader and object graphs. Every change you make is non-destructive. 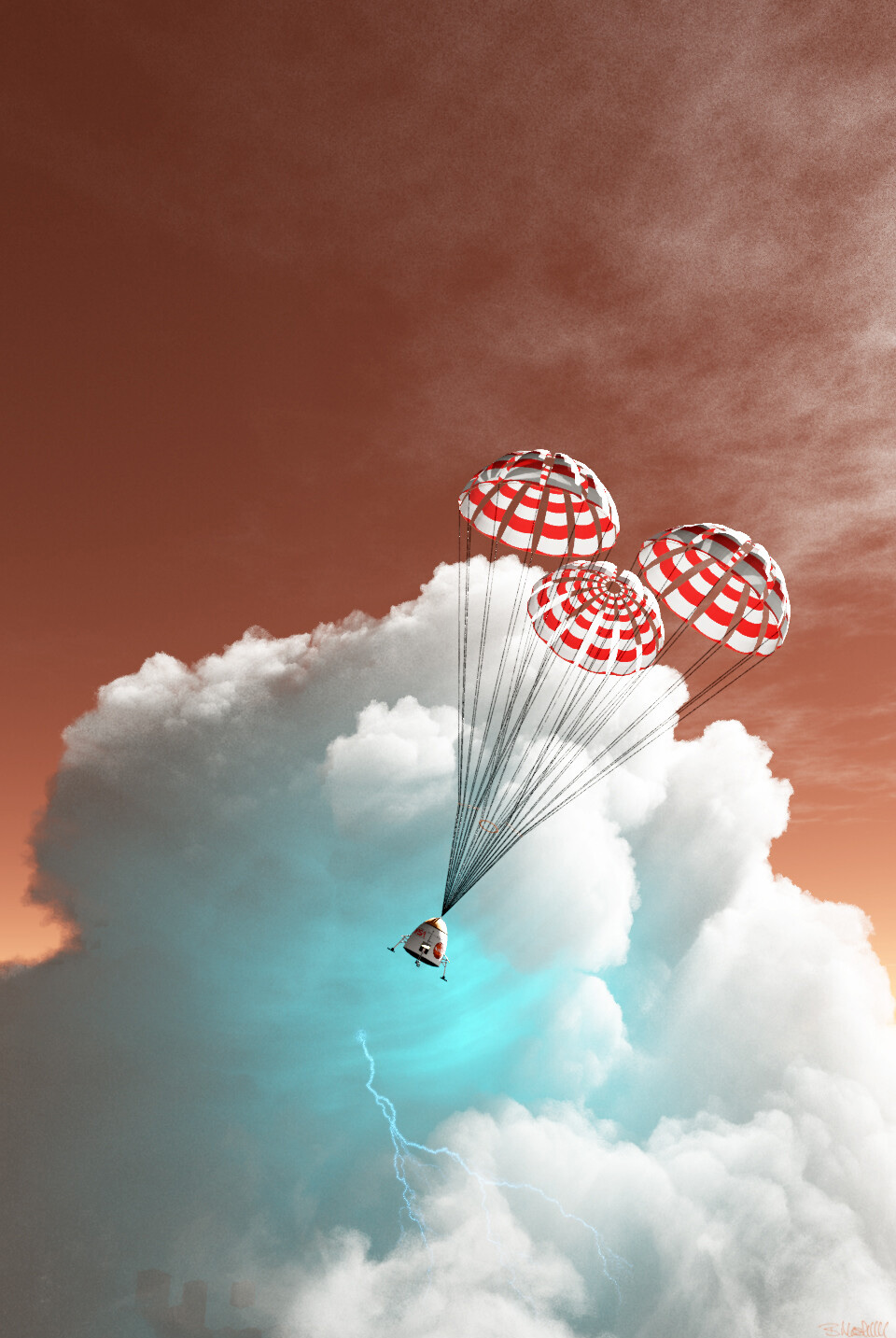 VUE features an elaborate atmospheric model with real-world lighting intensities. Set the mood with fog and haze, fully volumetric clouds and beautifully illuminated sunsets. Both the sky itself and volumetric clouds can be exported to other applications as 32-bit HDRIs or OpenVDBs.
More about Atmospheres & Clouds 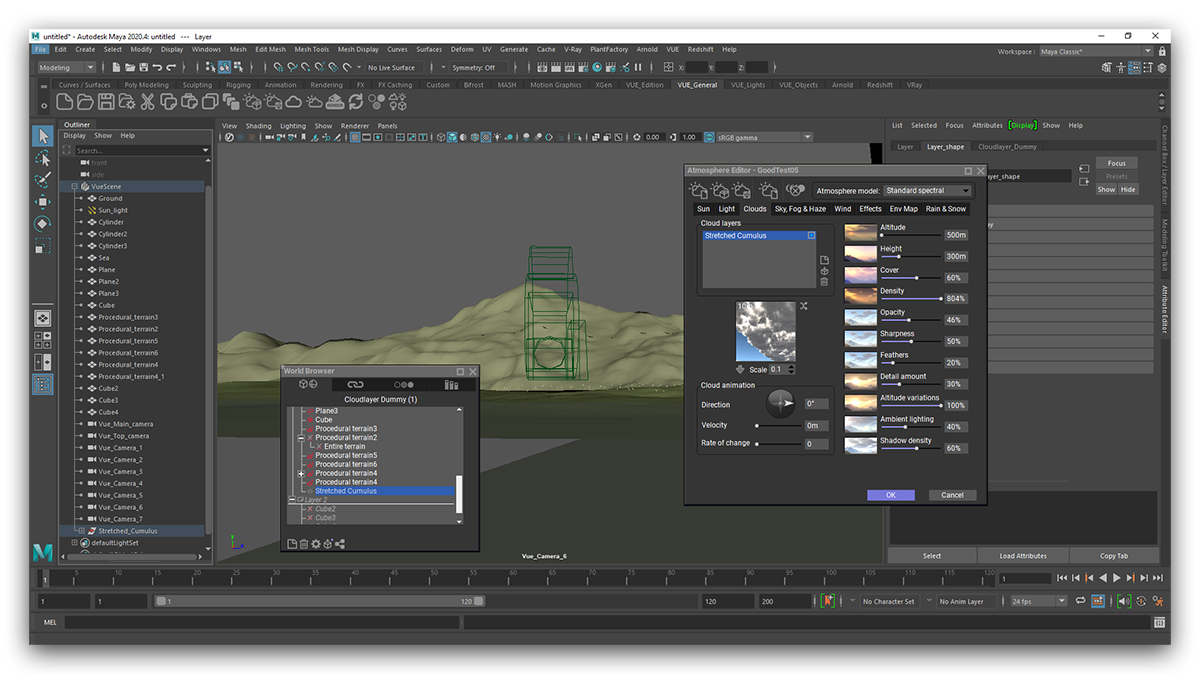 You can export single assets or whole scenes to a wide variety of 3D formats, including FBX, Alembic and Pixar USD. Include animation data for vegetation and bake procedural materials into bitmaps.
The VUE integration plugins can run VUE as a software-within-a-software in your favorite DCC application. Use VUE's complete toolset within the host application and design environments without even needing to go to VUE standalone.
The Convert Tool in the plugin converts scene elements into native host application meshes and materials so that they can then be rendered with any render engine. During conversion, the plugins generates pre-built shaders for each native render engine as well as for Arnold, Redshift, Renderman and V-Ray.
Alternatively, render the VUE environment together with native host application objects with VUE's render engine and your DCC's render engine in one go with Hybrid Rendering.
VUE also supports live sync with NVIDIA Omniverse through USD export and the Nucleus core.
More about Integration & Export / More about Rendering

VUE is bundled with PlantFactory. Together, you have all the tools you need for creating breathtaking CG environments. We offer both monthly and annual licenses.

Additionally, we offer an Enterprise bundle which includes VUE & PlantFactory Professional and our PlantCatalog on top (see below).

Would you like to have an infinite library of plants to use in your VUE scene and in your favorite DCC application?
Then check out PlantCatalog, our ever-growing library of botanically accurate, high quality vegetation models for VFX, archivz and real-time, created with PlantFactory's powerful procedural technologies.